* In case of any delay in receiving the OTP, you may verify it later. Please proceed without verification.

Enter your City name or Pincode

Katghora in Korba District lies about 196 kms from the Raipur. This part of Chhattisgarh is home to numerous tribal communities with district lifestyle and culture. Katghora is bounded by Podi Uparoda Tehsil to the northside, Korba Tehsil at the southern region, while Pali Tehsil lies to the western side. Some other regions like Baloda Tehsil is situated to the southside, and some other cities like Dipka Champa, Naila Janjgir lies too close to Katghora. 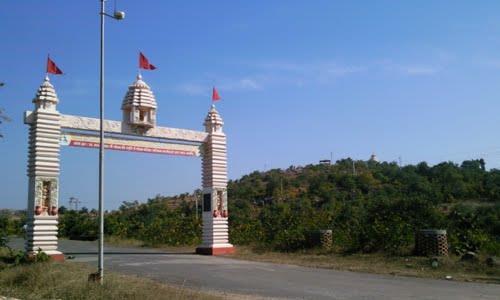 Katghora at an average altitude of 312 metres cordinates at 22.5° N latitude and 82.55° E longitude. Radhasagar lake situated at the center of the city. Some of the cities or tehsils that are surrounded to Katghora are the Podi Uparoda, Korba, Champa, etc. A hill known as Chak-Chakwa pahad is crown of the Katghora city and is also known as Hanumangarhi. Katghora remains extremely hot in summer. The highest day temperature is in between 32° C to 47° C. During winters that is from December to March average temperatures lies between 21°C to 38°C.

Some of the destinations such as Korba, Janjgir-Champa, Bilaspur can be visited while traveling to this part of Chhattisgarh. Amarkantak in Madhya Pradesh can also be visited as being near to Katghora in Chhattisgarh. Sai Mandir, Radha Krishna Mandir, Maa Bhawani Mandir are the main temples that can be visited in Katghora. Apart from these temples, Katghora is famous for Chak-Chakwa hill, a most delightful and peaceful place, that is visited by most of the tourists. Even, tourists can spend good time at Radhasagar Lake located at Katghora.

Katghora is situated over NH-111, and is directly connected with Nyaydhani Bilaspur and Rajdhani Raipur. Whereas, a state highway usually connects with Katghora to Korba on one side, as well as Pendra and Amarkantak on another side. Currently, there are no railway junctions in Katghora, but plans have been made by the government to construct railway junction in future. So that, tourists should not face problems to reach this Katghora tehsil. One can reach this Katghora city via buses, railways, roadways or airways. Chhuri Bus Stand is lies in the middle of the tehsil, and tourists as well as local people can get benefited from this traveling facility. You can travel both in and around the town in buses. Likewise, there are roadways, that lets you travel by car or any private taxis via NH-111, to your nearest destinations like Raipur, etc. Similarly, you can travel by railways, which is minimum 10 kms away from the tehsil; while major railway station is situated 70 kms away from Katghora; some other nearest junctions include Bilaspur and Korba railway junctions. The very closest airport is the Raipur Airport, which is 188 kms away from the Katghora tehsil.

Enjoy traditional Chhattisgarhi food in Katghora which are served by some of the unique restaurants. And tourists can enjoy the different food from huge list of menus provided by these restaurants. Since people can find the food of their state as well as international food, every tourists feels to glad to spend time here at Katghora.

Local arts and artisans, clothing and jewellery lot more things are available to shop here at Katghora. Probably, you may get tired carrying your filled basket because of the number of items available in famous markets of Katghora. Roadside stalls are good options to buy traditional handicraft items to decorate facades of the houses.

Comments / Discussion Board - About Katghora